Somehow, with the morning sickness and the raising of three other children, I haven't taken a belly shot for 6 weeks.  So, here we are.  16 weeks. I feel like my size is not too shocking ... if it is, don't tell me.  :) 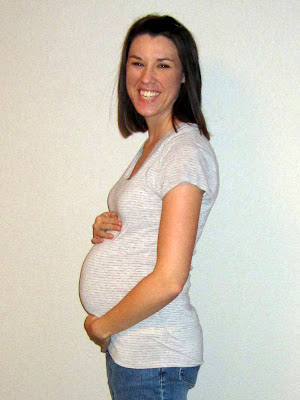 The morning sickness ... ugh.  I haven't been able to shake it totally.  My energy is back, but every day or two, I suddenly have to run to the bathroom.  And I'm still eating like I just got rescued from being lost in the wilderness.  :)  It lasted until 16 weeks with the twins, and about 13 with Marlowe, so hopefully it's almost done.

Isn't this the cutest thing in the world?  Hadley saw me pose for the picture, and wanted to pose like me.  Complete with nap time hair and silky pajama bottoms.  These are the moments I want to remember. 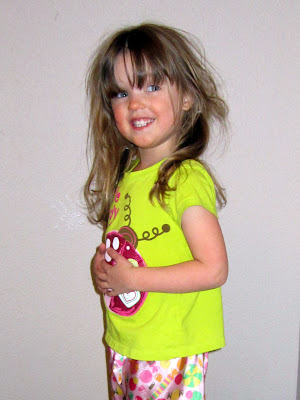 Posted by Tony and Heather at 9:49 AM No comments:

We've reached a milestone here at The VanHorn House.  Nothing earth shattering, but I'm pretty happy, so I thought I'd share.

You saw it when it started (and again in Part 2), when we moved the twins into big girl beds, and when Lavender's story was told.

It started at the beginning of their lives ... 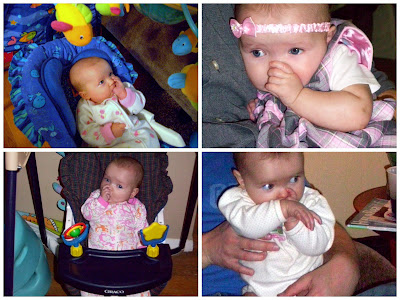 ... and continued through the toddler years ... 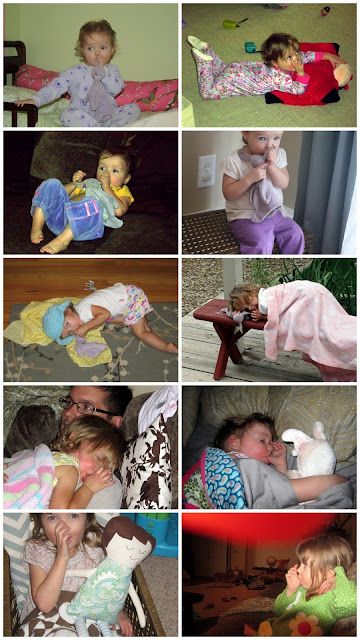 I wasn't in any hurry to stop the thumb sucking.  It had naturally tapered off to bedtime only, so it wasn't a big deal.  My only half-hearted concern was that both of the girls have eczema, and their thumbs would get really dry and flaky, especially in wintertime.

However, two things happened at almost the same time, about a month ago.  Hadley started purposefully sucking her thumb during the day, making sure that we were watching, and making big slurping noises for show.  She was starting to know better.  :)  Then, at Hadley's first trip to the dentist, the doctor showed me the roof of her mouth.  You could see how it was conforming to the shape of her thumb -- long and narrow and deep.  He wasn't concerned, but said if it continued for several more years, it would have to be corrected with an appliance.  When I weighed those two things together, it seemed like the timing was right to attempt an end.  Poor Leila just had to be along for the ride.  :)

I decided to start simply and work up if we needed to.  I purchased Mavala Stop, a clear bitter nail polish.  And then, we built it up.  We made a huge deal.  For several days, we talked about how we were going to paint our nails in a few days!  What color of nail polish do you want?  Your nails are going to be SO pretty!  But ... *dramatic pause* ... when you paint your nails, you can't put your thumb in your mouth.  You have to be all done with your thumb.  And the twins agreed to the plan.  :)

That's exactly what we did.  Picked out some of Mommy's polish, painted nails, with a coat of Mavala on top.  I saw each of them put their thumbs in their mouth exactly once after that.  Leila yelled, "I need a drink!"  Hadley just made a bitter face and moved on.

And that, seriously, was the end of that.  I reapplied the Mavala a couple of times, but I really didn't need to.  Nobody cried, nobody woke up in the night, and nobody has returned to the thumb.  Another win for Team VanHorn.

Goodbye, thumb sucking.  You were cute while you were with us.  And you're still cute on Marlowe. 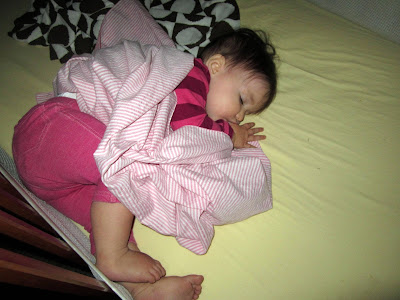 Posted by Tony and Heather at 8:41 PM No comments: